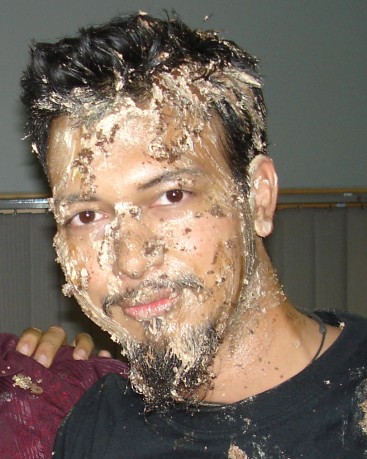 Accidental NamelessOne makeup… or so I believe!

“What can change the nature of a man”. -Ravel

Planescape: Torment is an epitome through and through when it comes to the dialogues, story, soundtrack, characters, voice-overs, art direction and philosophy. Released in 1999, Torment is considered a masterpiece in PC role-playing game genre. A player, who is capable of understanding the nuances of this gem-of-a-game is destined to experience a life-changing phenomenon. Taking place in the multiverse of Planescape setting (AD&D), players will get themselves involved with some of the most meticulously created characters in the history of gaming. Be ready to welcome various ideas about consensus realities, multi-dimensional universes, memory-traps, matter and death with choice and consequences.

The character progression provides interesting choices and plenty of opportunities for the player to handle various situations. Players can seriously play a dumb-bum or a wisely charged neuron. I still prefer going all out on Wisdom and Charisma. Torment is widely considered a top-notch role-playing game with humongous walls of text. Fortunately, what Torment presents is spectacularly well-written supermodelesque-walls of text. Trust me when I say this, dialogue branches and story progression is a charm of a lifetime.

My finest moment in the game was conversing with Ravel. I can’t spoil anymore than this. You have to play this game.

One thought on “Planescape: Torment”