I’m pretty sure most of you have already started playing Clash Royale by now. Even if you aren’t one of the Royale players, you might very well be aware of the game. Clash Royale is Supercell’s next gem for mobile devices.

I’ve been playing this game on a daily basis since it launched in India. I wanted to jot down and do a few write-ups focusing on design.

The first design overview I felt like covering is the gameplay concept map. Please note:

Now, I am not explaining what each element (especially the ones taken from the game) stand for. Obviously, if you have been playing the game, you’ll be aware of the intricacies. In case you haven’t tried the game out, this’ll help you understand (a little) the concept of gameplay in Clash Royale (inter-dependencies, skills needed, synergy and complexity). 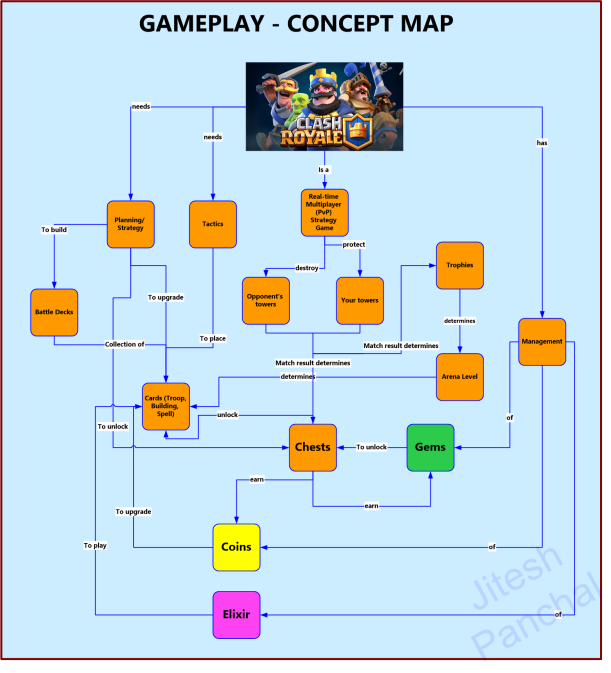 It is informative to look at the game, realize its scope and go through its various concepts. Do check it out, it’ll be fun to discuss more on this (especially if you have already been playing the game).

Keep checking here for further updates, I’ll most likely do more write-ups by focusing on different features. They may not necessarily be in sequence and will most likely be a little independent of each other.

Do shoot your feedback and rants. It’s always fun ;] 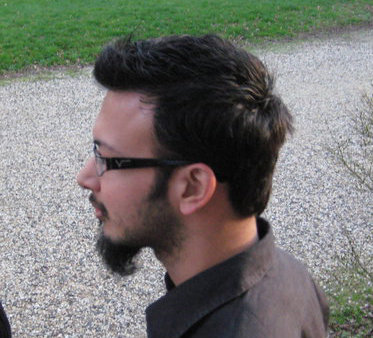